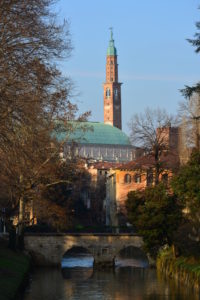 Vicenza, known as the “city of Palladio”, known for the legendary team of Lanerossi in the 80s, the city of the magnagati, the baccalà alla vicentina …

Vicenza opens to the slopes of the Berici hills, its appearance seen from above has as its protagonist the medieval towers, the numerous campaniles, the green and majestic domes, the profiles of the Renaissance buildings that stand out on the urban profile reminding us of its ancient history, integrated in the atmosphere of a harmonious and compact contemporary city.

Small, elegant, cosmopolitan Vicenza boasts a long history, a privileged position at the foot of the Prealps, embraced by the Berici hills and just 60 km from Venice. Its textile and manufacturing industries and its goldsmith craftsmen have made it one of the richest cities in the Country. Together with the splendid villas built by Andrea Palladio, the famous architect who gave it fame and splendor, the city of Vicenza has been included in the UNESCO list since 1994 as part of the World Heritage Site.

I love Vicenza. And I wish that those who spend here a few hours or maybe a few days would love it too. I love it for the light that reflects on the white architecture of the Palladian palaces. For its green spaces, courtyards, hidden gardens. For the play of light and dark, squares and arcades, towers and roof terraces. For the movement of bicycles that make the streets of the historic center alive, for the street artists who animate the corners of the districts. I would like to share with you my favorite places and help you organize your cultural and gastronomic itinerary in the City of Palladio.

When you arrive in Vicenza you should always start the day with a cappuccino and a croissant in one of the historic pastry shops in the center. Only then can the splendor of its main square, Piazza dei Signori, appear to you with surprising lucidity. 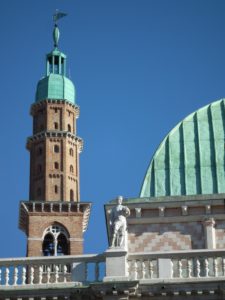 We are facing the Palladian Basilica, which I believe should be the first stage of a serious exploration in Vicenza. This sumptuous building was never intended for religious purposes – the basilicas were originally courts of justice and places of public assembly. The long and elegant portico, which was added by Palladio to the pre-existing medieval structure, is now home to the Jewel Museum and numerous jewelers, shops and fancy bars. In this square, Palladio made an encore: the Loggia del Capitaniato with its brick-red façade is unique among all this widespread whiteness.

It is enough to take two steps to find yourself in the street that for a moment reminds us that Vicenza is not only “Palladio”: a continuous row of splendid buildings in Venetian Gothic style is the most evident memory of the belonging of this city to the Serenissima (the former Republic of Venice) for 4 centuries . One is exemplary, among others, which was called Cà D’Oro in relation to the most sumptuous residence on the Grand Canal.

Finally we come to the extraordinary Teatro Olimpico, the first covered theater in the world, recognized as an architectural wonder and summa of the thought of the Palladian Renaissance. It was the last building designed by the brilliant architect, he died before it was completed in 1585. The scenography represents an extraordinary effect of trompe l’oeil, today we would call it “augmented reality”: this effect already existed in the 16th century, and it was the result of wise mathematics calculations  and wonderful architectural insights of the architect Vincenzo Scamozzi that ended the theater after Palladio’s death. 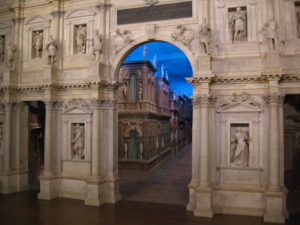 It’s time for a Spritz, a cocktail that is now famous all over the world, born in the Veneto region. There are many variations of Spritz, probably as many as the cities in Italy. But a common denominator is certainly the main ingredient, Prosecco, mixed with carbonated water.

I like it smooth, with a slice of lemon and without ice.

A walk in the city: guided tour of Vicenza

We will discover the classic places, the Vicenza of Palladio, the squares, the Cathedral and the main Palladian monuments. 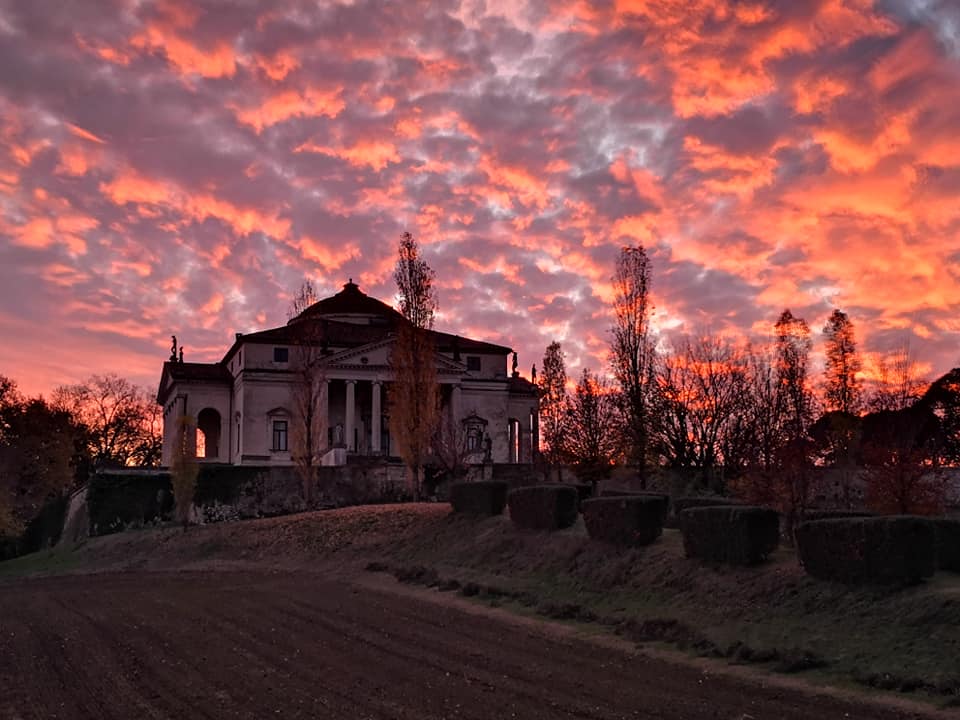 Visit the best Palladian villas around Vicenza: the Rotunda by Palladio and the painting of Tiepolo in Villa Valmarana ai Nani and villa Cordellina. 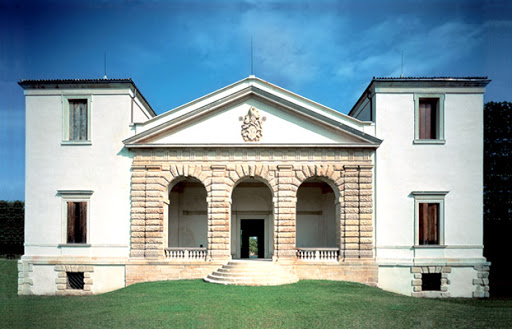 Form is deprecated, please contact the webmaster to upgrade this form.